What are the differences between a psychologist and a psychiatrist? 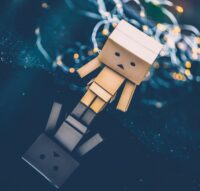 Throughout our lives we can find difficult situations that require specific coping and adequate emotional management to reduce the psychological impact.

Our life is full of stressful situations, some expected (horizontal stressors) and others not (vertical stressors). Horizontal stressors are predictable (access to the world of work, living with a partner, deciding to be parents, eg) therefore it is possible to anticipate how to cope by preparing for them or by searching in advance for information and advice.

In contrast, vertical stressors are not predictable (losses, ruptures, diseases, disasters, for example), so we may not be prepared to cope adequately, which is logical.

At other times, despite the fact that there are no apparently trigger situations, we tend to generate concerns, fears or uncertainties that have an impact on our lives sometimes  in a silent way.

Each person can find a different reason that leads them to request psychological help, but in general, it is recommended when:

-We are facing the impact of a vertical stressor and consider that our coping strategies are not enough.

-In the face of horizontal stressors, we are overwhelmed or consider it necessary to acquire new mechanisms to deal with the situation.

-There are external circumstances that generate fear and uncertainty and we do not know the best way to follow.

-We feel intense and / or prolonged negative emotions over time, which also interfere with our daily life.

–Our lack of self-confidence to carry out our vital objectives.

-We are in conflict with our values ​​and we have a hard time making decisions.

-We need tools to help those closest to us in the difficulties they may have.

-We have constant dissatisfaction despite the changes we try to make in our lives.

When facing the situations that present themselves, many factors influence us, such as personality style, abilities and resources, our family history or the environment in which we develop. What constitutes a solution for one person may be a problem for another. Therefore, it is convenient to carry out an individualized and tailored path of advice for the person. 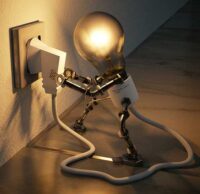 The simple fact of going to a psychologist does not contribute anything in itself. What really benefits us is being able to get to know and take an active and committed part in our own change. Going to a consultation has no magical effect on our state, if we do not really put everything that is considered to be beneficial to us into action.

In any case, during the consultation the necessary conditions are created so that the person can express without judgment, without censorship and with the maximum understanding, everything that affects them in their life. Being able to speak in a safe environment facilitates the process of self-knowledge to try, from there, to assess what factors are compromising our psychological well-being.

The psychology professional will try, step by step, and always in agreement with the person, to detect and make understandable what may be influencing the way in which we face circumstances negatively. The psychologist is never going to make decisions for the person, they are not going to try to make them lose their own identity. Therefore, you will not question anything about the person who comes to the consultation. Their job is to advise and create, together with the client, a new scenario from which to face problems.

Generically, psychological support can help us:

These are just some examples of what consultation with a psychology professional can give us. Do not hesitate to ask and ask for advice for whatever circumstance you are experiencing. 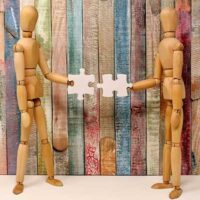 What are the differences between a psychologist and psychiatry?

The difference between a psychiatrist and a psychologist is that they have different backgrounds. Both work to provide psychological well-being in people, but in general, they do it in different ways.

Next, we can say that the difference between a psychiatrist and a psychologist, is in the way of proceeding with the help and therapy that it provides to people who need it.

The psychologist will intervene from a contextual, social, environmental, learning, educational perspective and based on the situations that cause or make the person vulnerable to suffering from some type of disorder. This intervention is carried out from a therapy process that, according to the theoretical orientation, will try to provide tools, resources or skills to help the person to face and manage those states that cause discomfort. The psychologist also helps the person to obtain self-knowledge and, therefore, to self-manage behaviour and emotions. Let’s not forget that psychology is the science that studies human behaviour.

The psychiatrist, however, carries out an intervention based more on the biological and physiological aspects that explain the possible causes of mental disorders. Obviously, he does not forget the contextual characteristics of the individual, but the accent, so to speak, is placed on the chemical, hormonal and biological variables of mental disorders. In this way, its treatment relies mainly on the use of psychotropic drugs (anxiolytics, antidepressants, neuroleptics, among others) and is the one who has the legal capacity to prescribe them. Not so the psychologist, who cannot prescribe any type of drug. However, many psychiatrists have training in different psychotherapeutic strategies, which allows them to carry out a psychological intervention.

It is common for the psychologist and the psychiatrist to work together according to the needs of each person, since, regardless of the pathology, the two interventions, pharmacological and psychotherapeutic, are often necessary.

What is true is that in many mental disorders, the biological component is more important in general. For this reason, the psychologist often sees it necessary to refer the person to psychiatric care to favour changes in the person’s condition and to facilitate the learning of psychological tools and resources. At other times, although the biological weight, as a cause, is not the one with the heaviest, treatment with psychotropic drugs is useful when the person has been suffering from a disorder for a long time or certain symptoms are very intense.

Sometimes we have doubts about how to explain to children what a psychologist is.

Very often parents ask us: what do we say to our children? Do we tell them that we are going to see a doctor? What are you, a teacher?

Boys and girls need to be as safe as possible. Therefore, it is important to provide you with the most reliable information possible of what you will find when you come to our office. It is not convenient to deceive children when explaining what a psychologist is. It is convenient to call things by their names. Of course, depending on the age of the minor, the information will be different not only in form, but also in content.

Many boys and girls, like a large part of the general adult population, harbour a misconception or stigmatization of what it means to go to a psychologist’s office. It is heard that this is for crazy people. That is why it is so important to offer truthful information, adjusted to reality, and validated according to the problem for which they are being consulted.

In a very general way, when explaining to our children what a psychologist is, we can tell them that they are a professional who:

It must be made clear, therefore, that psychologists:

We can also tell them that the office is going to be a very nice, cozy place where there are many games and where you can talk, play, paint, among other things.

To explain to the children, what a psychologist is, it can help us to tell them that it will help them in:

It is also important that the person with whom the entire therapeutic process is going to be given a name, and even, it is advisable to show them a photo of the professional so that the child can put a face to the person and not be totally unknown. 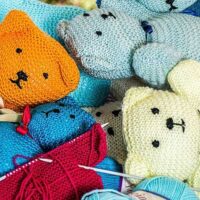 Sometimes we find it difficult to do when our child does not want to go to the psychologist even though they need to.

It is essential that the adolescent wants to change and is aware that they need help. In any case, it is common to meet adolescents who openly tell us that they do not know what they are doing there, that they do not understand why the parents have taken them and that the parents are the ones who are in need of a psychologist. In other words, we have not managed to convince them for the first consultation. It is normal, and you don’t have to worry either.

On the other hand, it is essential that the child or adolescent be willing to collaborate in the entire process from the beginning.

Therefore, some of the strategies that should be put in place when we do not know what to do when our child does not want to go to the psychologist even though they need it, are the following:

On some occasions, and when the refusal on the part of our child is absolute, it may be useful for the parents to go alone to the psychologist’s consultation to put it on record  for the professional, who with a more accurate criterion, can give guidelines to favour that the child or adolescent agrees to make a first visit. It is not advisable to threaten or blackmail, since going to the psychologist is neither a reward nor a punishment, it is just the opportunity to offer support. 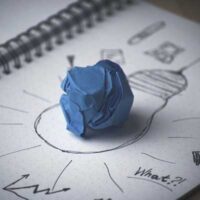 Before going to the consultation of a psychologist for the first time, it is normal for us to ask ourselves what the therapy process is going to be. It is logical, since contrary to medical consultations that we more or less know how they work, it is something that we are not used to. Apart from this uncertainty, aspects related to fear, shame, the feeling of weakness, or the stigma that still have the fact of going to a mental health professional come together.

But then, what is going to be the therapy process? In general, we can point out some points that serve as an orientation:

The best news will be that you do not have to come back for the consultation, which will mean that you have achieved your goals. 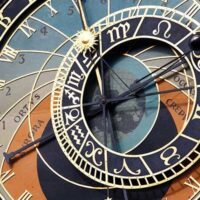 
A commonly asked question is how long will therapy last. Obviously, and for different reasons, we want the greatest achievements  in the shortest amount of time,.

What factors can influence the duration of therapy?

We could list some factors that can affect the duration of therapy:

Although it is not easy for the professional to say how long the therapy will last, he can estimate if the achievements can be achieved in the short, medium or long term. This information is important to the person consulting. In any case, it is best not to stick to time limits. It is good that you communicate to your psychologist what are your expectations regarding what you want to achieve and in how long. They will tell you if those goals are realistic based on their experience.